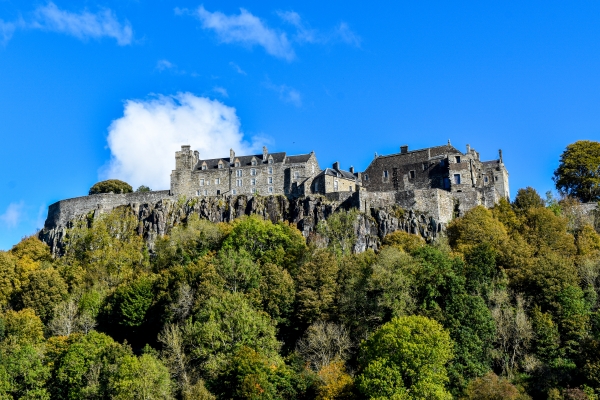 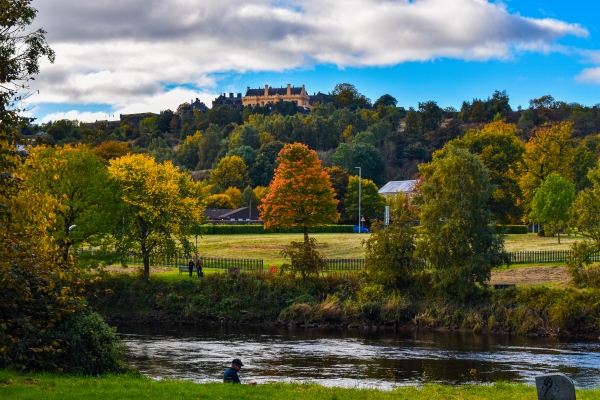 Stirling is Scotland’s ‘central city’ and one of its most historic. It is surrounded by lush countryside with many rivers, mountains and lochs in the area. It is a small city but one with a lot of charm and a great place to visit on your vacation in Scotland. I’ve written a 48 hour itinerary for visiting Stirling; this is enough time to see its most important sights. If you want to make it your base for longer than that I’d recommend finding accommodation outside the city, perhaps in the foothills of the Ochil Hills where you can really enjoy the surrounding scenery.

Stirling is home to one of Scotland’s greatest and most dramatic castles; it sits on a large hill and can be seen from miles around. The castle’s website describes it as “the meeting point between Lowlands and Highlands” and indeed, Stirling is a great city-base for exploring the Scottish Highlands, with day trips to Glencoe, Pitlochry and the Cairngorms all possible from here. The castle was a key stronghold in the Wars of Independence in the 13th and 14th centuries; at one point in time, control of Stirling castle changed between the Scottish and the English eight times in just 50 years. It was truly a royal residence, with many of Scotland’s ancient monarchs including Mary Queen of Scots, making this historic castle their home. 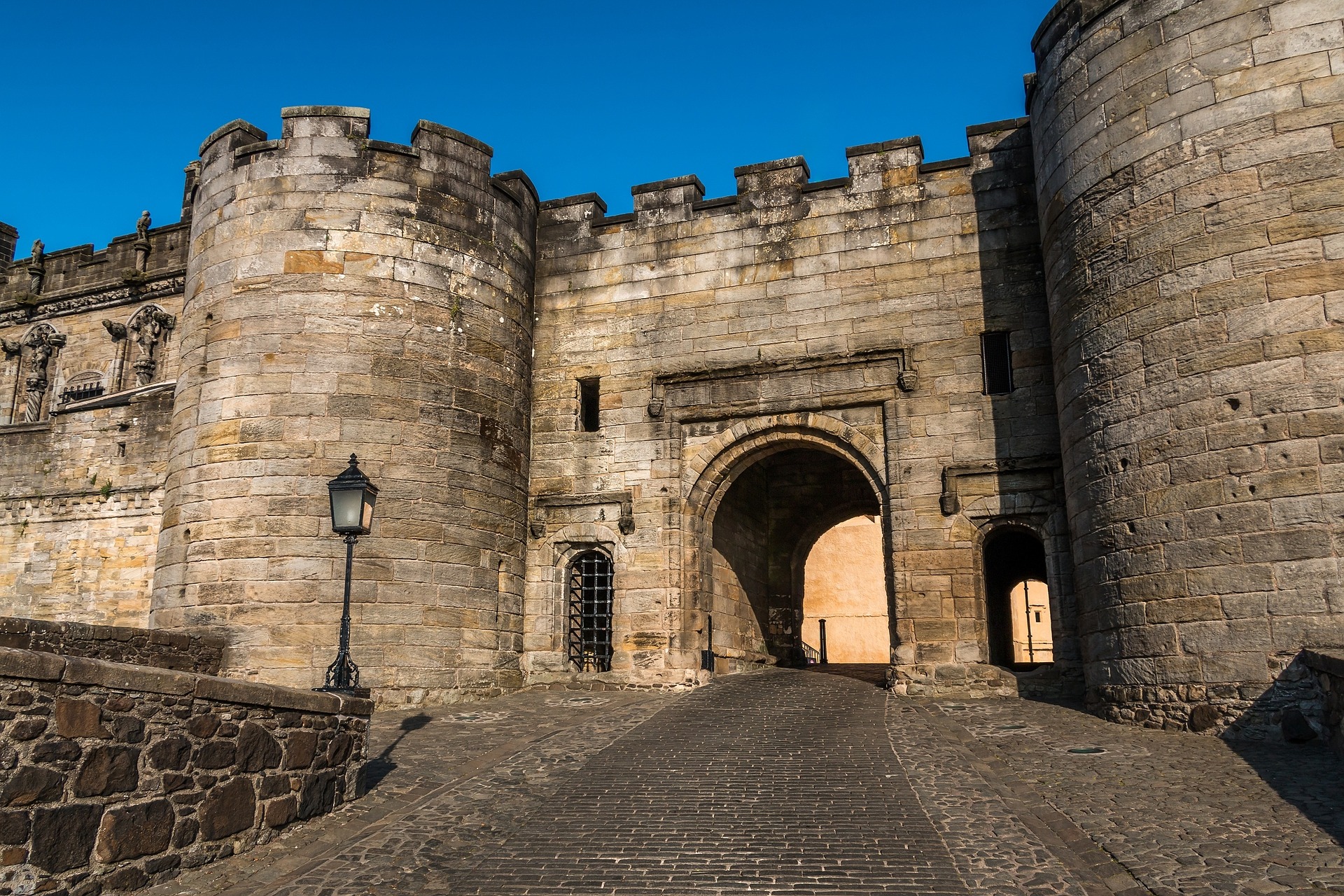 The castle has been maintained in great condition, and while this means it has had regular renovations, it still retains its medieval charm. To reach the castle, you follow winding cobbled streets up from the city centre, which open out onto a large turreted entrance. If you happen to be shopping or having lunch in the streets below, you really feel the presence of the castle above you, as if somehow its inhabitants are still ruling over the revellers of the town.

The first written record of the castle is from 1107, however the rooms and exhibits inside the castle reflect how it would have looked in the 1500s. There is so much to see in the castle with highlights including the Great Hall, the Royal Chapel, The Kitchens and the Palace Vaults which have an interactive exhibition designed for children. Stirling Castle also has an Access Gallery which is designed for those who have mobility difficulties and struggle to access certain parts of the castle. I love seeing organisations go the extra mile to ensure inclusivity.

You could easily spend a whole day discovering all the tales of royal banquets, great battles and even the odd murder mystery! But I would suggest getting there early in the morning, see as much as you can before lunch time and then head off to see the rest of Stirling.

Take a look at our 7 Day Best of Scotland with Loch Ness Cruise tour which includes a visit to Stirling Castle. The Castle is in the centre of the city so there are plenty of options for lunch. If you are looking for some fine Scottish cuisine head to Brea which gets brilliant reviews. For something a little more ‘pub-grub’, Monterey Jack’s has a great range of American style burgers, pizzas and hotdogs. Or if you like Indian cuisine, I’d recommend Green Gates - being a local to the area, I have had many a delicious meal from here!

The Church of Holy Rude

When people think of Stirling landmarks, the Castle and the Wallace monument always come to mind. However, the Church of Holy Rude is a real hidden gem. Situated in the old town, a church was originally built on this site in the 1129. Sadly, a fire destroyed most of the original building in the 1400s but being the main parish of Stirling, it was quickly rebuilt.

Like the castle, the church has played an important role in Scotland’s history. It is where the coronation of Mary Queen of Scots baby son, James James VI, was held after she was forced to abdicate the throne. This is still an active church, so please remember there may be services on when you visit - it is probably best to avoid visiting on a Sunday morning unless you would like to join the service. The exterior of the building is quite grand, and inside you will find beautiful stained-glass windows which project bright colours onto the floor of the church when the light shines through. After a visit to the church, you should still have time in the late afternoon to visit The National Wallace Monument located in Bridge of Allan, a lovely little village next to Stirling. The towering monument is actually best enjoyed from a distance; it is an iconic landmark on the Stirlingshire skyline. If you chose to visit the monument, once you have arrived at the visitor centre you can either walk for 20 minutes to reach the monument or use their shuttle bus. I know what you thinking… can we climb to the top?? Yes! And the views from up there are spectacular! On your way up the spiralling stone staircase, you will find several exhibits telling you about the life of Scotland’s most famous hero and warrior, Sir William Wallace, the Guardian of Scotland.

If you have any spare time while visiting the Wallace Monument, take half an hour to wander through the streets of Bridge of Allan. It is, full of grand town houses and quaint little independent shops selling high quality clothing and home gifts. It also has some lovely cafes and restaurants, the most popular of which is the Allanwater Cafe. It is actually a ‘chippy’ - a shop selling deep fried chips (thick french fries) and fish in batter. Scotland is famous for its chip shops and many a traveller views eating a fish and chip supper as must-do during their Scottish vacation. Some chip shops are better than others however, and the Allanwater, just like the village itself, is classier than most. There are lots of great places for dinner in both Bridge of Allan and Stirling but if you are looking for a lively evening, its best to head back into Stirling centre for post dinner drinks. Brewdog is modern bar with lots of craft Scottish beer, you will find Brewdog bars all over Scotland and they have even opened a hotel in Ohio, USA! What started as a small Aberdeenshire craft brewery has become a huge global brand. If you are looking for a more traditional bar, head to Nicky-Tams which opened in 1718 and still has some of the original features including the family crest of Laird Graigengelt, the original owner, in the stonework above the entrance.

If William Wallace is our most famous warrior, Robert the Bruce (King Robert I) comes in at a close second. On the 23rd of June 1314, Robert the Bruce was met by King Edward II of England’s army for a bloody two-day battle. Edward brought an estimated 16,000 strong army with hopes of destroying the much smaller Scottish army who were training for battle in the fields of Bannockburn. Robert the Bruce, however, was a great general and had carefully positioned his men to give them considerable advantages over their attackers. He used tree cover and dug ditches to force the English soldiers into the path of his heavy infantry. The battle was one of Scotland’s greatest victories over the English and is noted in history as the end of the Scottish Wars of Independence. However, Edward narrowly escaped and still refused to recognise Robert the Bruce as King of an independent Scotland. Scottish independence was officially recognised in 1328 by Edward III.

Today the site of the Battle of Bannockburn offers a visitor centre with an immersive digital experience which re-creates the battle. There is also a large statue of Robert the Bruce. People have visited this site for hundreds or years, fascinated by its history. You have to pre-book your visit so make sure you do this well in advance of your trip (or travel with Best Scottish Tours and we will do this for you!) Robert the Bruce Statue, site of the Battle of Bannockburn

So far this has been a fairly history heavy itinerary, but there is also an abundance of breathtaking countryside around Stirling. The Ochil Hills mark the northern border of the city and to the south are several reservoirs which are a great place to go for a leisurely afternoon walk.

North Third Reservoir is just 10 minutes by car from the Battle of Bannockburn and 15/20 minutes from Stirling city centre but you would have to add an extra 10 minutes to both of these drive time to reach Carron Valley. Both are worth a visit and they are especially beautiful in the winter when they are often covered in snow, but Carron Valley has to be my favourite. I spend a lot of time there all year round and although it is fairly close to the city, you feel like you are miles away from the busyness of modern life. A walk around either would be a wonderful way to end your two-day tour of Stirling. 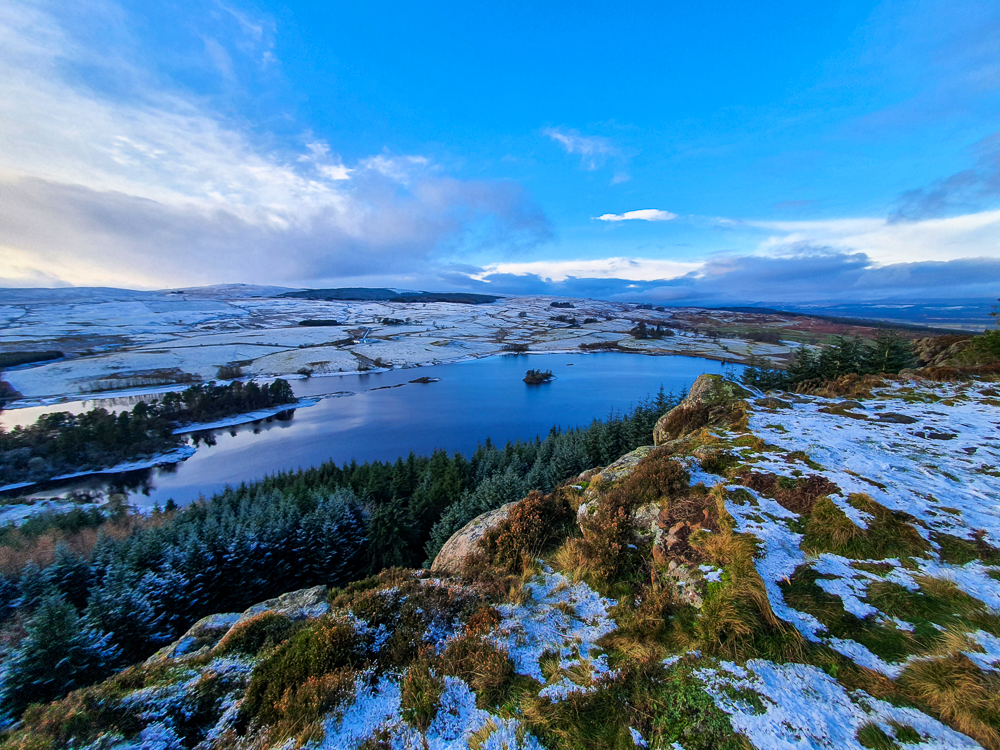 Other places of interest:

The medieval Stirling Old Bridge is situated right in the centre of the city so it is likely you will drive past it a few times during your visit. If you have a spare half hour, sit by the river and watch the world go by. It is particularly beautiful in the autumn as large trees surround the bridge. You also get a great view of the castle from here. The Battle of Stirling Bridge took place in the year 1297 where Scotland's greatest national hero, Sir William Wallace, defeated the English.  Wallace was later betrayed and captured by the English who had him hung, drawn and quartered in the streets of London in 1305.

If you are travelling with children, The Engine Shed will entertain them for a few hours and it is a great addition to a family itinerary. It is full of 3D and hands-on exhibits that explore Scottish heritage and conservation efforts in Scotland.

Stirling is right in the centre of Scotland so many of our tours pass through it, check out our 10 Day Grand Tour or our 7 Day Best of Scotland Tour to get you started. 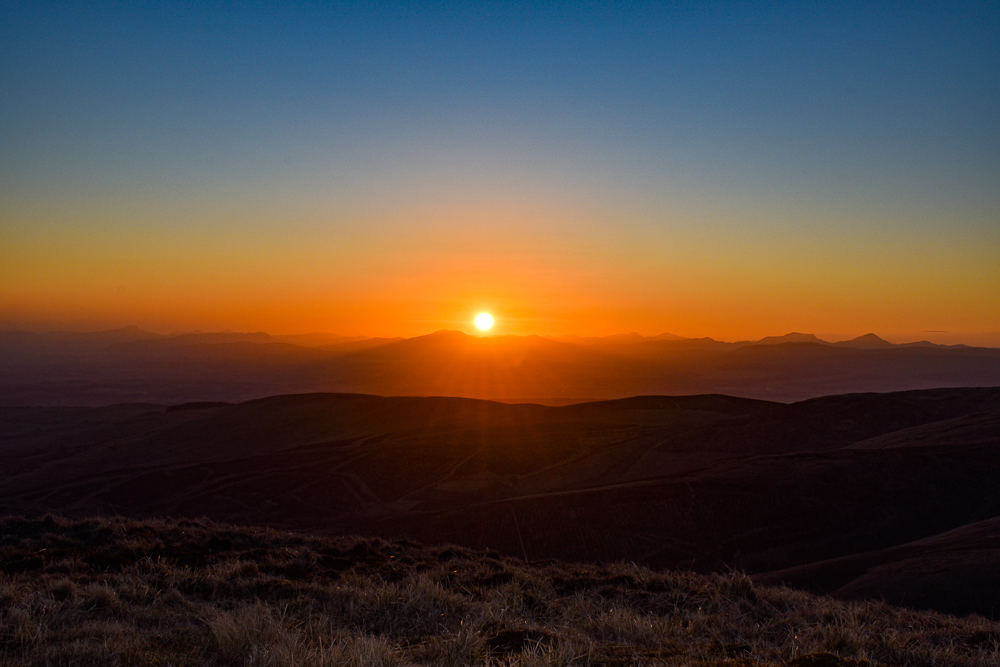