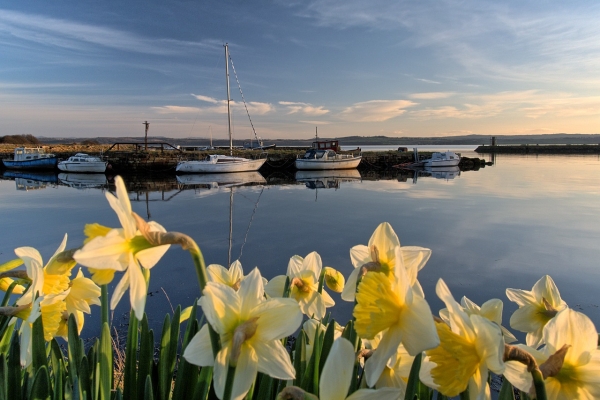 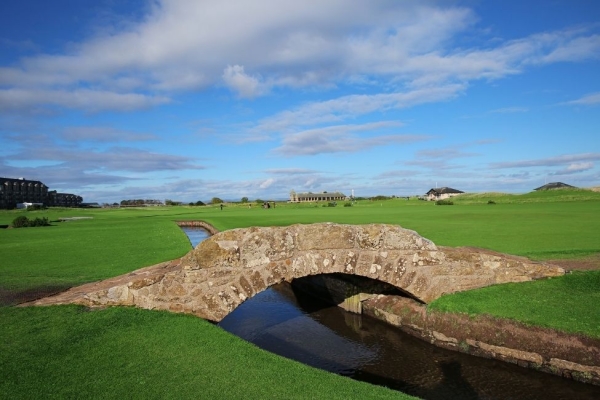 There’s a gey wheen boats at the harbour mou’,
And eh! dae ya see the cruisers?
The cinnamon drop I was sookin’ the noo
Has tummelt an’ stuck tae ma troosers. . .
I’ll sune be ringin’ ma Gran’ma’s bell,
She’ll cry, ‘Come ben, my laddie’,
For I ken mysel’ by the queer-like smell
That the next stop’s Kirkcaddy!

- The Boy in the Train by Mary Campbell Smith

I know what you are thinking… What on earth does that all mean? The Boy in the Train is a much loved old Scots poem all about a little boy who is very excited to visit his granny at the seaside town of Kirckaldy, which just happens to be the starting point of our wonderful tour through the Kingdom of Fife!

Ravenscraig’s Castle sits near Kirkcaldy Beach and although it is a ruined castle, plenty of its interesting structure remains. It was originally built by the royal family with the intention of creating a lavish home for Queen Mary of Gueldres, wife of King James II of Scotland. However, both monarchs died before construction was finished and ownership of the castle was passed onto the Sinclair family. The Sinclair’s completed the building works and over the years, decided that the castle was more suited to the purpose of a defensive stronghold instead of a stately home. They built strong walls and high walkways for positioning canons and guns.

You can’t go inside the castle, likely due to safety reasons, but you can see plenty from the outside. Plan to spend 30 minutes to an hour here before moving on to Anstruther. Anstruther is a picturesque, traditional fishing village and a popular day trip destination for us Scots. It is famous for its lovely coastline and its award winning fish and chip shop. A few years ago the East Neuk Unearthed project created a historical trail around the town, there is information online or you can ask for a map at the Scottish Fisheries Museum. If you are touring with Best Scottish Tours, our Driver Guides will tell you all about the history of the area and points of intrest. You could easily spend the whole afternoon sitting by the sea, watching the world go by with and ice cream in hand. However, there are plenty of activities in and around Anstruther well worth including in your itinerary.

The first thing to do is check the sailing times for boat trips to the Isle of May (best to book in advance - we will do this for you!). This tiny but striking island, characterised by its dramatic cliffs, is home to a seal colony and a whole host of seabirds including puffins. While no one lives there now, it was once inhabited by Benedictine monks who lived in St Adrian’s Priory, a monastery founded in the 12th century. You can still see the ruins of the priory today.

The island is closed from October until Easter so as not to disturb the baby seals pups. If you are short on time there is boat only trip which takes 1h 15 mins, trips onto the island itself take around 4 hours. Your tour guide will tell you all about the wildlife on the island and it’s history, including tales of smugglers who stashed their treasures there…

A 5 minute drive along the coast from the harbour, in the village of Pittenweem, you’ll find St Fillan’s Cave. So who was St Fillan? Legends tell of a 7th century Irish missionary who traveled to Scotland with the goal of converting the local Picts to Christianity. He hid in the cave to avoid trouble and write his holy scripts in preparation for preaching. The only problem was, the caves were too dark for him to read and write! He spoke to God to ask for his advice and God gifted him with a magical glowing arm to light his scripture.

In later years, St Fillan’s Cave, like the Isle of Mey, is said to have been used by smugglers and in the 17th and 18th century it was used to imprison ‘witches’. Entry to the cave costs £1 and the key can be collected from the Pittenweem Chocolate Cafe. Unlike Ravenscraig, Kellie Castle has been looked after through the centuries and the rooms inside display what life would have been like for its Victorian era residents. The National Trust for Scotland describes Kellie as the place where ‘Medieval atmosphere meets Victorian style’ - this is as fabulous a combination as it sounds. One of the hightlights is the grand , ornamental library ceiling, so don't forget to look up!

While in Anstruther, we would recommend a stay at The Waterfront one of our accomodation partners. Their rooms are cosy and modern and the restaurant has great views over the harbour. They use as many local suppliers as possible so you will enjoy an authentic east coast of Scotland evening meal! Fife is is well known for its long, golden beaches so you have plenty of choice on which one you visit. You may even decide to visit a few! One of my favourites is the lesser known Kinghorn beach and the town of Kinghorn is itself very pretty. There is a nice cafe - The Harbour View, overlooking the beach which is a good spot for lunch. The only thing to be aware of in Kinghorn is that the streets of the town are very steep with lots of cobbles, which could be tricky if you have limited mobility.

The better known St Andrew’s West Sands beach is a real jewel in crown of the Kingdom of Fife and a ‘must see’ for many tourists. Kingsbarns Beach is also lovely, and home to one of the distilleries mentioned in our last blog. A trip to Fife wouldn’t be complete without visiting the world famous St Andrews. Known the world over for its golf courses; its prestigious, ancient university; and of course the romance of the century, Prince William and Princess Kate! St Andrews is as quaint and beautiful as you would imagine it to be. Cobbled streets and old buildings surrounded by sprawling sandy beaches and the best kept lawns you will ever see.

While in St Andrews a visit to the university is a must. Founded in 1413, it is the third oldest university in the English speaking world and the oldest in Scotland. Enjoy a leisurely stroll around the impressive buildings, where some of the world’s best scholars have lived and studied for centuries. The highlight of the university is St Salvator's Chapel with its Gothic architecture, intricate religious art work and beautiful stained glass windows.

St Andrews Castle, St Andrews Cathedral and the famous Old Course are all within a 10 minute walk of the university meaning that if you are reasonably fit, you can enjoy a walking tour of the town’s highlights. Both the castle and cathedral are ruined buildings but you can see that they were grand structures in their day. The Cathedral was originally built in 1158 and the castle was built sometime between 1189 and 1202. The castle is in a great location overlooking a small beach, Castle Sands.

The Old Course in St Andrews really is the ancient home of golf and it is thought to be the oldest course in the world. Golf really took off there in the 15th century, but the sport was actually banned in Scotland in the second half of the century by King James III who thought Scottish men needed to spend less time golfing and more time practicing their archery…

The first Open Championship was played there in 1873 and it has been the playground of the best golfers and the rich and famous ever since! You can walk around the grounds free of charge or there are walking tours. The tours are closed this year and re-open in 2022. There are plenty of great hotels in St Andrews including The Russell Hotel and the Fairmont. However, if you want to squeeze in as much of Fife as possible on your tour, you could spend the evening at the seaside town of Elie. Dine and stay in one of Fife’s best hotels, The Ship Inn. Their seafood dishes are delicious! You’ll have to book well in advance as they only have 6 rooms - ask for one of the four which has views of Elie Bay. If you are travelling with Best Scottish Tours, we will book all of your accomodation for you so you can just relax and enjoy Scotland's traditional hotels and Guest Houses.

If you are looking for a more sporty activity as part of your trip, you could have a go at the thrilling Elie Chain cliff walk in the morning which takes 1 to 2 hours.

Our first stop for the third day of our tour is Falkland Palace, away from the seaside, right in the heart of Fife. Falkland was built to be a ‘pleasure palace’ for royals such as James IV and Mary Queen of Scots. They loved staying at the palace as its vast estate was perfect for hunting, shooting practice and falconry. It even boasts the oldest royal tennis court in the world!

Falkland Palace was inspired by French stately homes of the Renaissance Era and it retains this unique style today. The lush beautiful gardens are a real attraction and include a beguiling willow labyrinth.

We will end out trip in Fife with a visit to one of the most historically significant buildings in Scotland, Dunfermline Abbey. The final resting place of our great hero, King Robert the Bruce, alongside many other Scottish Kings and Queens. The architecture of the Abbey is spectacular and looks almost Roman in style.

The highlight of the visit is the enchanting stained glass windows. The Abbey has the large traditional designs you might expect, but it also has a newer instalment, The Carnegie Tiffany Window. In 1913 Andrew Carnegie commissioned this brightly coloured forest scene as a memorial for his parents. It has an ethereal look to it and it is interesting to see a modern(ish) take on stained glass windows inside this otherwise traditional setting. The Kingdom of Fife is one of the prettiest places in Scotland. There is plenty to keep you entertained for three days or even more, I’ve simply given you a taste of what’s on offer! If you’d like to visit Fife as part of a tour, check out our 10 Day Grand Tour which visits a number of the places mentioned in this blog. See you soon!