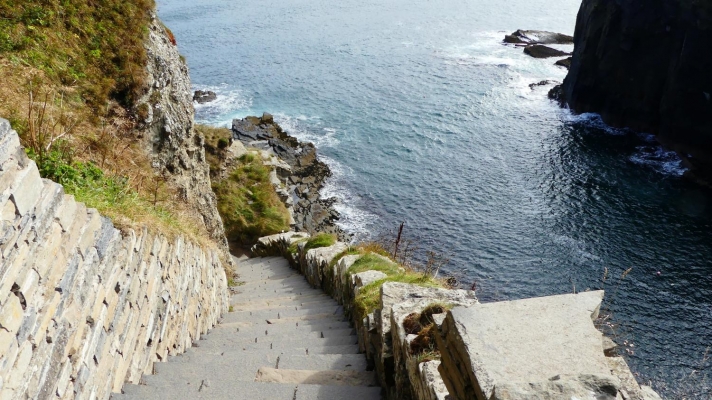 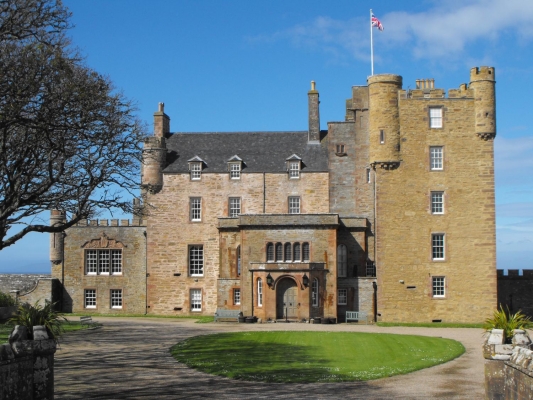 Scotland has a rich history full of warring monarchs, clan battles and hundreds of years of tough rural living. Caithness, Scotland’s most northern mainland county, is the perfect place to experience Scotland’s fascinating and varied history. Royal castles, ancient burial grounds and mysterious standing stones; a tour of Caithness is sure to spark your imagination.

Caithness is part of the North Coast 500 - a 500 mile drive which starts and finishes at Inverness and takes in Scotland’s remote northern coastline. You can visit Caithness on our Orkney and Hebridean 10 day and 12 day tours. Our Driver Guides have a wealth of knowledge about the history of Scotland and love telling our guests tales of years gone by.

Let’s explore the historic sites dotted all over this county and inspire you ahead of your next vacation in Scotland.

The Castles of Caithness

Caithness is home to several castles which are well worth a visit. The best known is the Castle of Mey - “The Queen Mother’s Home in Scotland” - so called because in 1952 it was purchased by the mother of Queen Elizabeth II, our reigning monarch. The castle was in a bit of a sorry state by the 1950’s and badly in need of repair. Renovating an ancient castle is quite an expensive business so the Castle of Mey was very fortunate that the Queen Mother fell in love with it when she visited. She restored it to the beautiful building and wonderful gardens you can visit today. The Castle of Mey has an interesting and turbulent past…. read more about it in our blog, “A Tour of Scotland’s Castles”. 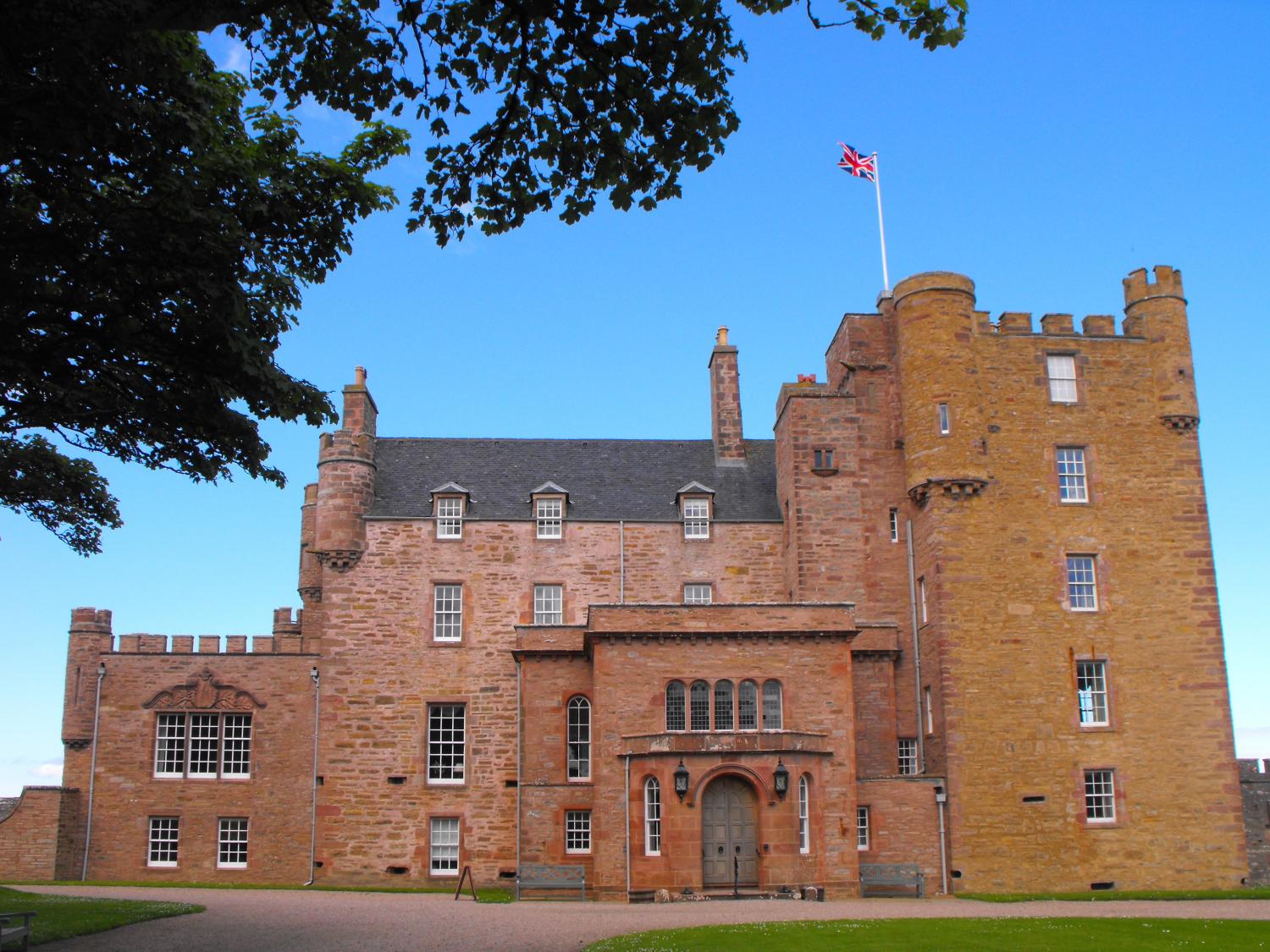 If you prefer your castles crumbling and with a creepy atmosphere, not to mention lying precariously near the edge of a cliff, then Castle Sinclair Girnigoe is not to be missed! Built in the late 15th century, Castle Sinclair Girnigoe was the home of the Sinclair family who went on to become the Earls of Caithness and of Orkney, once a very powerful family in northern Scotland. Although the castle is in ruin, many features can still be seen such as the tower house, entrance way and tall chimney. But it is its’ location, standing proudly on the edge of the bitter North Sea, which really makes this castle so spectacular.

The Hill o’ Many Stanes

I said that Caithness was the place to go for history - and the Hill o’Many Stanes really is a glimpse into the most ancient of Scottish history. A collection of 200 stones run along the hillside in 22 rows and investigations suggest they could have been there for over 4,000 years. Of course, we don’t have written records dating that far back, but it is believed that they were placed in this manner for some sort of religious or ceremonial purpose. The sheer number of stones, all carefully placed along the hillside with smaller stones around the base of each larger stone, shows that this must have been a place of great importance to the local people. In fact, it is likely that at one time, there were hundreds more stones than can be seen today. Take your time walking around the hill and absorb the mystery of this great place. Try to imagine what might have happened there all those years ago and create your own story for The Hill o’ Many Stanes.

You can also visit the Achavanich Standing Stones near Loch Stemster, also thought to be around 4,000 years old. 36 stones (originally 54) have been placed in a horseshoe shape. Again, this is likely to have been a religious site for our ancestors.

Caithness is most famous for its ancient burial sites - The Grey Cairns of Camster date back to between 4,000 BC and 2,500 BC and consist of two stone cairns (one large and one small) containing three chambers in total. If you enjoy visiting spooky historic locations, the Grey Cairns of Camster won’t disappoint. This stark moor on the edge of Scotland is an unforgiving place, very fitting for a burial ground.

You will also see grave mounds stretching out across the moor. Archaeologists excavating the site made a number of interesting discoveries. Of course, they found items you might expect at an ancient burial site - old crockery, tools and small knives, perhaps gifts for the gods or protection for the afterlife. However, it is the human bones that were the most interesting, hinting at strange burial customs. In some cases the skeletons had been arranged in odd positions and many of the bones had been burned. It does makes you wonder about the ceremonies that were performed during burials in ancient Scotland… 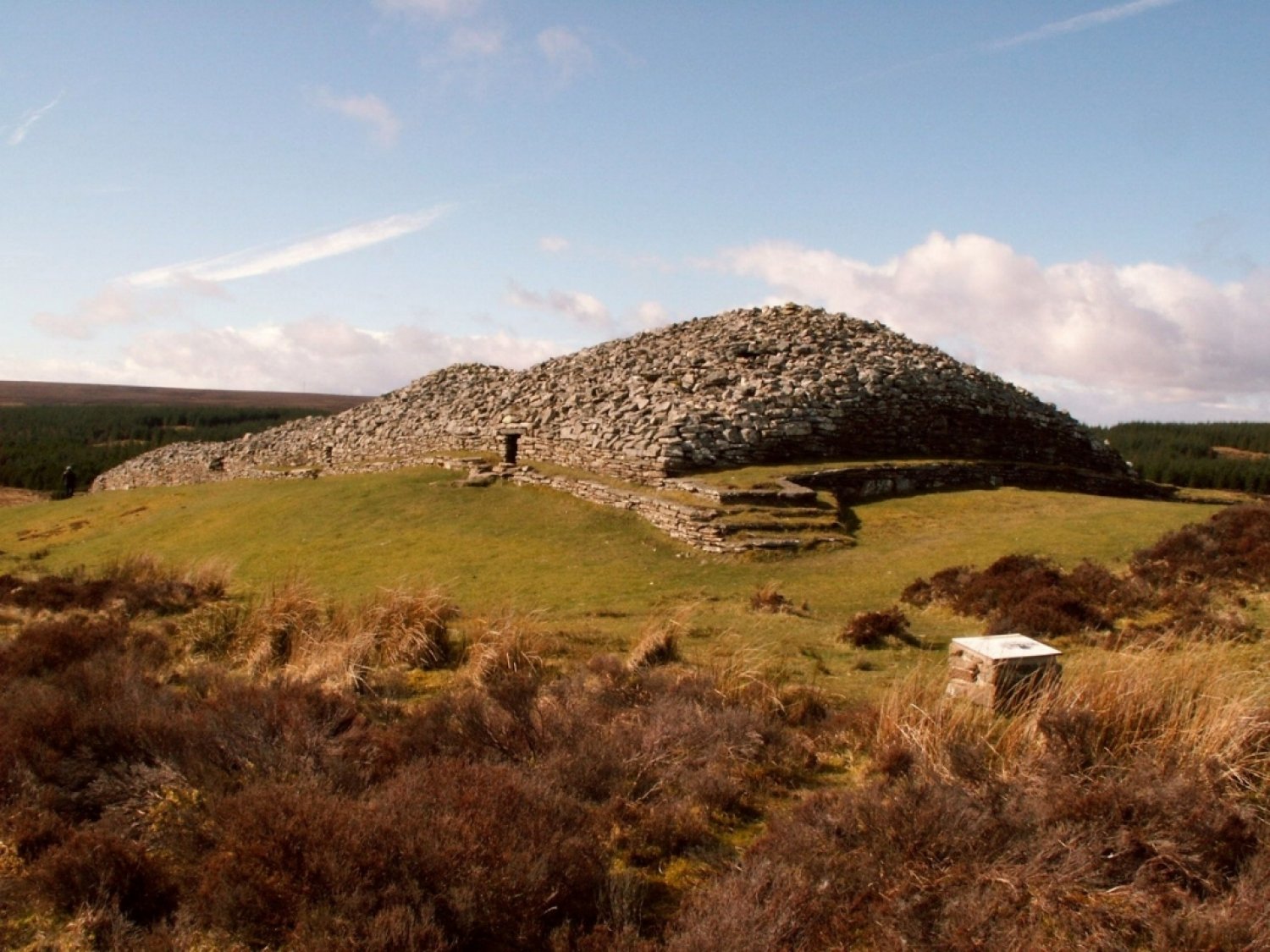 From the top of a remote cliff, steep stone steps cut through the rock, with a somewhat vertigo inducing descent to Whaligoe! At the bottom you will find the tiny harbour with towering sea cliffs on either side. The steps were commissioned in 1793 by Captain David Brodie, but have stood the test of time and are well maintained today. However, do be careful if it has been raining as the steps can be slippy when wet. The little harbour is called ‘Whaligoe Haven’ and it is one of most unique harbours in Scotland. There were very few harbours on the northern coast of Scotland during the 18th century, so fishermen were forced to use it despite its less than conventional access route. If you do visit, on your way back up the stairs, imagine carrying a heavy load of fish up the 363 steps while the cold wind and North Sea waves lash at your back… it wasn’t an easy life for the North Sea fisherman! 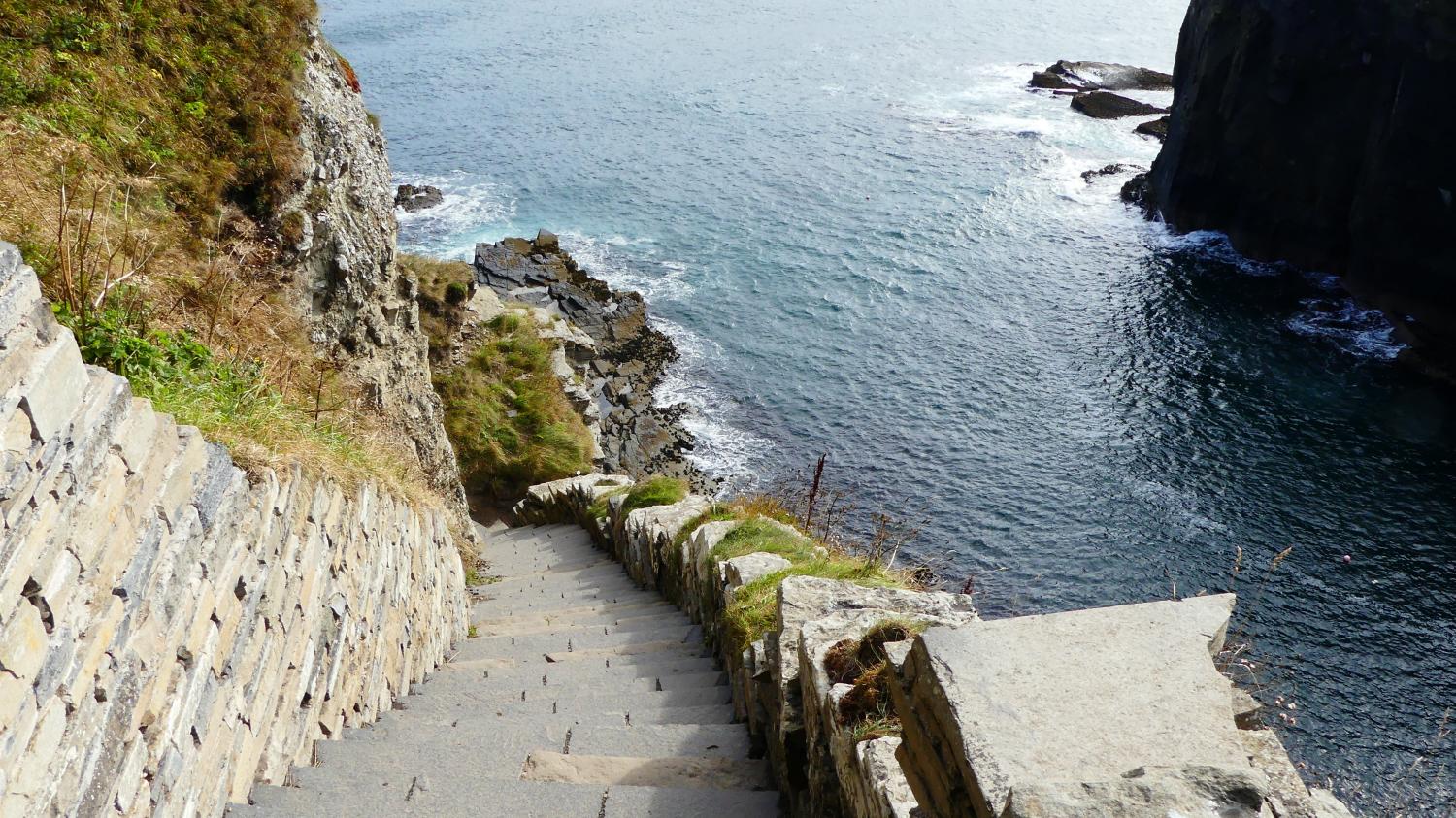 John O’ Groats is a popular place for visitors as it is the most north easterly point on the UK mainland, and the farthest from Land’s End which is the most south westerly point un the UK mainland. This has made it a prime starting or finishing spot for people taking on extreme cycling (or even walking!) challenges, particular people raising money for charity. The two points are 874 miles apart so it can take weeks to travel between the two. There are cafés and hotels at John O’ Groats so it is a good place to stop for a snack or for lunch. If you’re lucky, you may even spot some Orca out at sea. 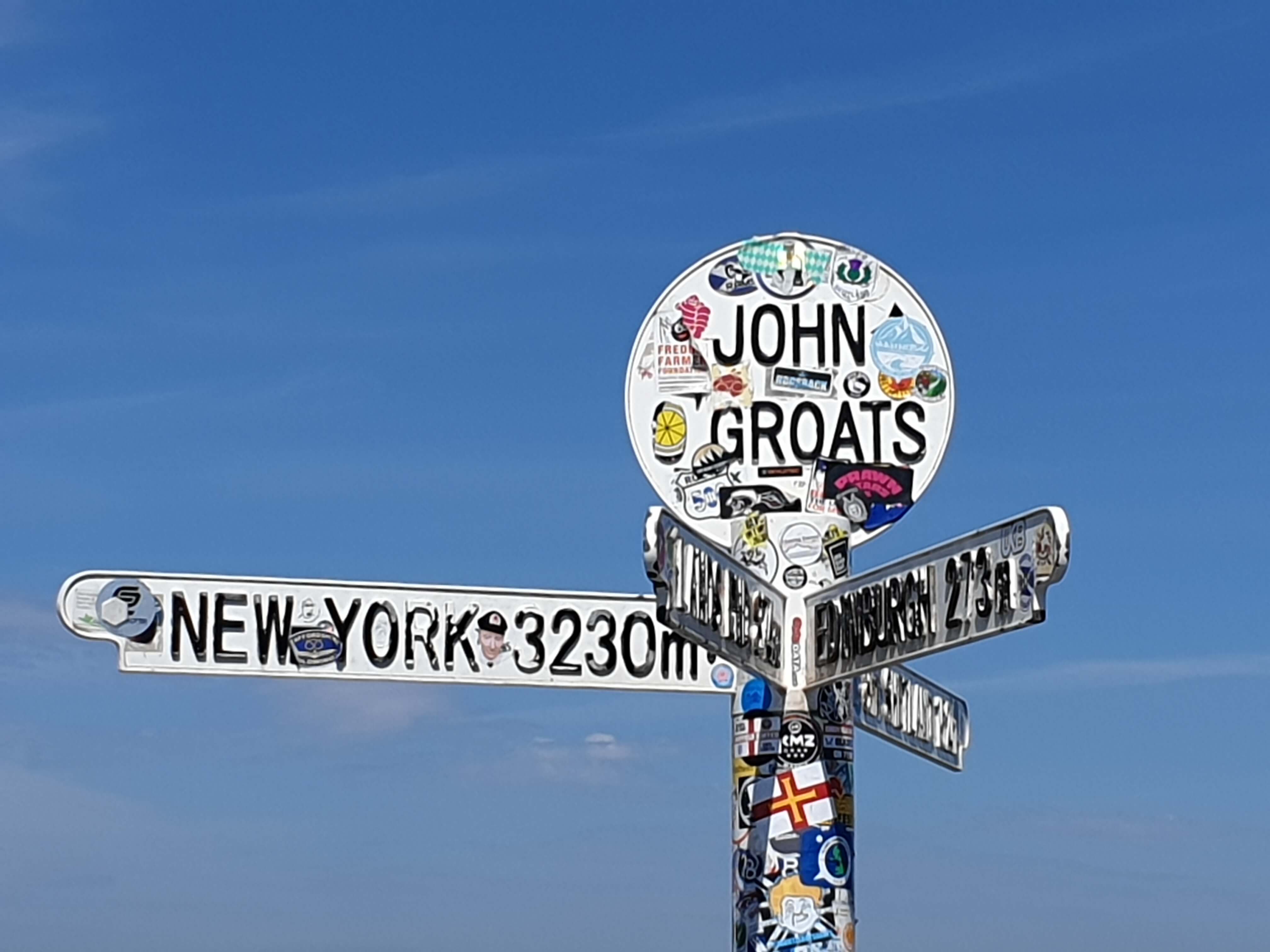 Although many believe John O’ Groats to be the most northerly point in mainland UK, it is actually Dunnet Head - a remote, wild peninsula and a great place for bird watchers. Dunnet Head is a nature reserve and home to lots of wonderful birds including puffins, razorbills, guillemots, fulmars and kittiwakes.

Dunnet is also home to Mary Ann’s Cottage - a brilliantly preserved old crofting cottage full of interesting artefacts. Mary Ann’s Cottage is well known for having knowledgeable and enthusiastic volunteer tour guides who will tell you all about her and her family’s life and what it was like to be a crofter in the very north of Scotland. Spoiler alert… it was a pretty hard life for the crofters too! 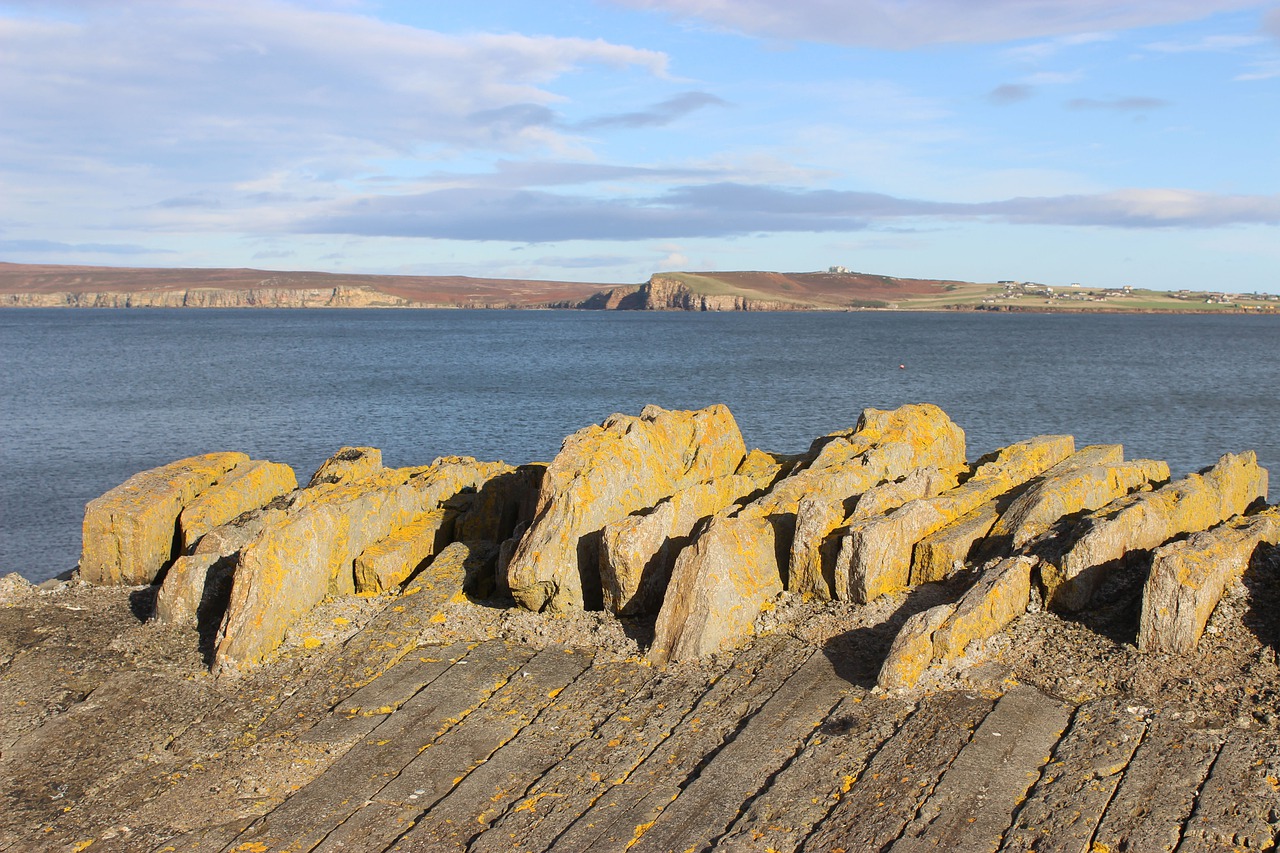 All this sightseeing and history can be hard work, so how about a wee dram to help you relax? The Pulteney distillery, founded in 1826, prides itself in embodying the essence of the town of Wick in which it is based. When the distillery was first formed, there were no roads linking Wick to the rest of mainland Scotland, meaning all their supplies came by sea. You can take a tour to find out about the heritage of the distillery and the town of Wick, and of course sample the famous Pulteney whisky!

A big fan of Scottish whisky? Take a look at our 5 Day and 10 Day Malt Whisky & Castles Tours.

If you would like to learn more about the history and culture of Caithness, there are two great heritage centres in the area - at Wick and Dunbeath. The Wick Heritage Centre focuses on the history of the fishing industry and has an amazing collection of 70,000 photographs - The Johnston collection. The photographs span from 1863 to 1977, it is wonderful to have such a great record of everything that has happened in this small, remote town over several generations. The Dunbeath Heritage Centre, on the other hand, exhibits hundreds of archaeological records for the surrounding area. 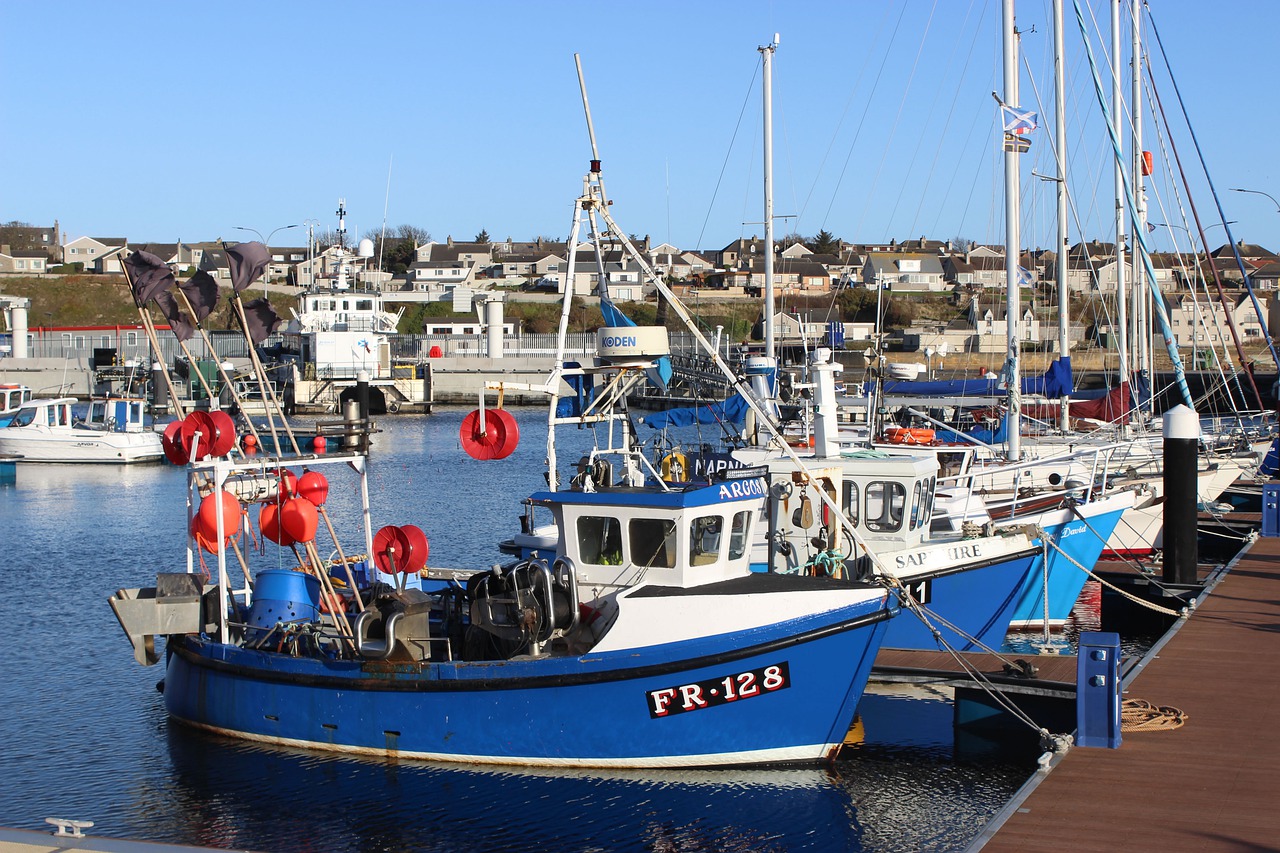 Caithness, the most north easterly place on mainland Scotland, it might take a few hours to get there from our cities… but it is well worth the journey. Even today with airports and good roads, it still feels far away from the rest of the world. The perfect place to escape and immerse yourself in its ancient culture.